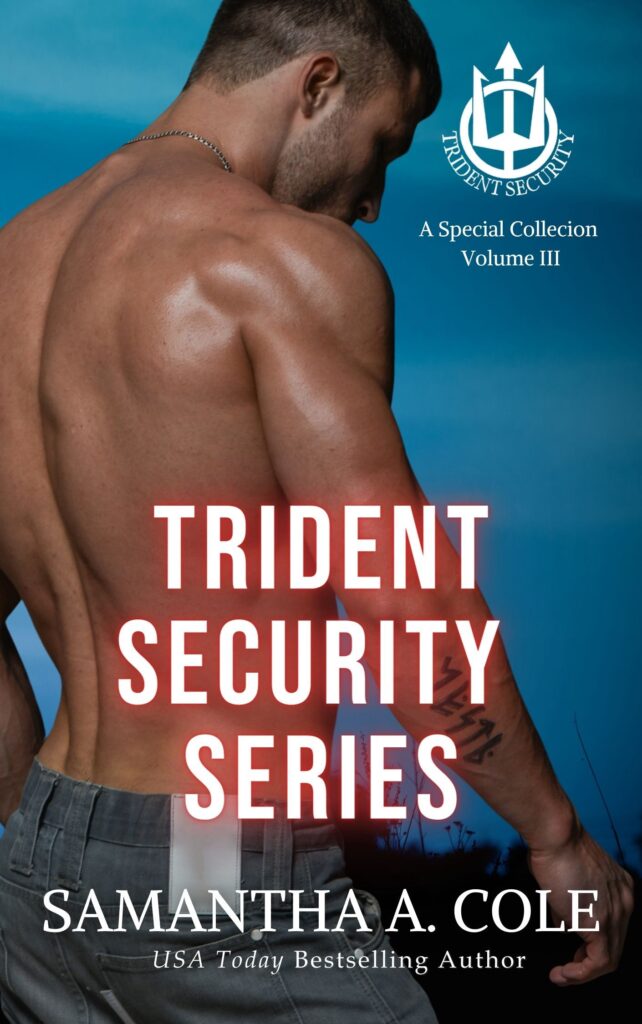 All around him, Brody Evans’s Trident Security teammates have fallen in love and gotten their happily ever after. Ironically, they’d always thought the charismatic Dominant would be the first one to fall—not the last.

While helping a friend try a new bakery for her wedding cake, he finds himself drooling—not over the delicious confections, but the sweet baker who’d created them. Although she seems immune to his charms, he’s determined to win her over.

The lone survivor of a horrific car accident that claimed the lives of her husband and unborn child, Fancy Maguire’s world was destroyed. Three years later, she’s finally shedding the dark shroud she’d been existing under. When Brody sparks something deep within her she never expected to feel again, will she dare to give love another try?

The huntress has become the hunted, in more ways than one. Jordyn Alvarez works for the United States government—a fact no one in authority will admit. She does Uncle Sam’s dirty work. Some might call her an agent, but few know her real title—assassin.

Trained by one of the best black operatives in the world, she wants nothing more than to add him to the long list of people she’s sent straight to hell; but she doesn’t dare get close to him ever again. If she did, she couldn’t be sure her body wouldn’t betray her once more and she’d wind up in bed with him. But with her cover blown, she may not have a choice.

Who is he? He’s a ghost. A man with one name—Carter.

After a night with Tori and Tyler, which goes way out of his comfort zone, Mitch is left confused and unsure for the first time in his life. He now faces three options—but will he have the courage to choose the one he never knew he wanted?